This disease can obviously diminish your quality of life and make it difficult to enjoy the foods and activities that you so love. While conventional medicine like anti-inflammatory drugs, antibiotics and steroids have been utilized to lessen the effects of this condition they do come with undesirable side-effects and they sometimes don’t even work, which necessitates surgery.

The good news is that there’s a less invasive treatment for Crohn’s disease that will alleviate your symptoms without leaving you with adverse side-effects.

The Benefits of Cannabis Oil for Crohn’s Disease Sufferers

A recent study which was conducted by Israeli researchers at Meir Hospital and Kupat Holim Clinic in Tel Aviv showed that cannabis oil can lead to clinical remission in a majority of Crohn’s disease sufferers. These results were concluded after 8 weeks of treatment whereby 46 patients were given a cannabis oil that had 4% THC and 15% CBD.

The researchers measured quality of life before, during and after the study and also looked at gut inflammation using endoscopically and other relevant methods.

After 8 weeks of supervised cannabis oil treatment, the group of patients that had been taking cannabis oil showed significant improvements in quality of life as their symptoms were radically reduced or eliminated. The study also had a placebo group which showed no such improvements.

Where Does Cannabis Oil Come From?

It’s important to address this question here because a lot of people associate cannabis with marijuana and have a fear that it’ll make them high. This could not be further from the truth.

Cannabis oil is primarily sourced from industrial hemp, which contains significantly low levels of THC. On the other hand, marijuana is cultivated to contain high levels of the THC compound which is responsible for the psychoactive effects of the plant that make you feel high.

Unlike marijuana, cannabis oil won’t affect your mental state and instead will provide you with a myriad of health benefits, one of which is to alleviate Crohn’s disease symptoms.

The same Israeli study mentioned above has also shown that cannabis oil has the ability to slow down the rate at which food moves through the gut in order to alleviate symptoms like diarrhea. Meanwhile, it’s pain alleviating effects are a welcome remedy to the physical pain that comes with Crohn’s disease.

As you can see, cannabis oil is a superb treatment for Crohn’s disease that can help to alleviate a number of the symptoms that sufferers experience. The best part is that consuming it won’t lead to any undesirable side effects that are common in conventional types of treatments such as antibiotics and steroids.

Still, although cannabis oil is much safer and more effective in the treatment of Crohn’s disease it’s by no means a silver bullet or complete cure for the disease. You may still experience some of the milder symptoms of the condition in between dosages but your quality of life will have improved a great deal.

So if you’re looking for a safe alternative treatment for Crohn’s disease, we recommend you look into cannabis oil and keep in mind that it can work even if you use it as a complementary therapy. Just be sure to purchase your cannabis oil from a reputable vendor or through a prescription by your physician.

That way, you’ll get professional advice on proper dosage and implications. 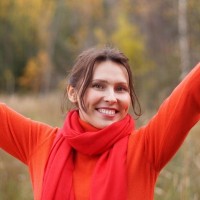 I've run my own sports nutrition consultancy and am interested in all things health, diet and nutrition. I also have an IBS which took me a while to sort out via reinvesting into my microbiome. I'm a big fan of a British nutrition superstar and the author of 'Clever Guts', medical doctor Michael Mosley. Are you?

Interested in where I'll be speaking next? Drop me a line!